Why didn't I see it?

I have been off of my medication. I know I know , Dangerous.
Both Prozac and Rispiradone for several months now. It was a risk, but one i was willing to take in order to figure it all out.
What you ask? What are you trying to figure out? 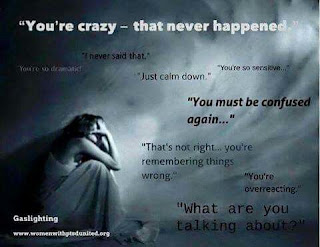 Why I am the way I am. I have been on a mission ever since finding love again. I want to know , am I really all those things that they all said I was. Am I DEPRESSED? Am I BIPOLAR? Am I a VICTIM of abuse? Do i really have PTSD? So many questions that i know deep down , no matter how many therapist I visit , I believe I am the only one that can figure it out. I have to look into a past I would rather forget, I have to visit, places and pieces of my life in order to piece together the strand of what my mental health is, or was. I just don't know. So I went off my meds. Sounds Crazy I know. Honestly though do you know how many times in my 13 year marriage I was called crazy?
So many that I believed it, and maybe just maybe I wasn't. Maybe just maybe I'm not bipolar. Its possible isn't it.  I just read this article about the NARCISSISTIC ABUSER. I read it and I thought, holy shit!! I mean I new there were plenty of times that what my ex husband was saying and doing to me could be labeled abusive, but i alwasy thought of abuse as being physically beaten (although that to happened on several occasions). Isnt it possible that , maybe that environment for so long MADE me the way I am. Overly emotional, confuse , unable to make decisions. I have a high fight or flight reaction to things.
Since finding Mark (the love of my life for sure)  I have had fewer days of wanting to lay in bed and never get up. I am more reasonable. I have a clearer thought process.
With my Ex I was always feeling defeated. I always felt like I was doing something wrong. I tried to be strong willed, yet I found myself making excuses for his behavior even to him just so that he would love me. Just a little.
I mean i came from a long line of strong willed women, and at times I did find that strength within myself and I would stand up for myself, but ultimately I was weak, drained of energy, sad, disconnected. When I did stand up for myself it was always short lived. I was knocked down at the knees and made to feel that the strength I was feeling was not real, that I would forever be nothing without him. He made me believe that the things he did and said were just me mis understanding the situation or he would say nothing at all and ignore that I even existed. I was confused, I needed a hobby other than hounding him about things i was "making up in my head". I could literally stand right in front of him and try to talk to him and he would look around me and turn the television on.
I was nothing to him. Just some girl he got knocked up one to many times. Just some girl that he felt he was doing a favor by staying with and "pretending to be a happy family", because some how that made him more of a man.
https://afternarcissisticabuse.wordpress.com/2013/12/01/signs-that-youve-been-abused-by-a-narcissist/ 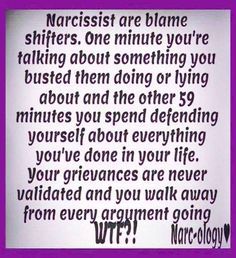 So many things happened and so much of it i thought was my fault even when it truly was not. Even now that we have been divorced for the last eight years , i find myself wondering if it was something that i did that keeps him from seeing his children, children his family by the way says I continued to birth just to "Trap him". I am still blaming myslef! I will never forget one week before giving birth to my youngest daughter. We had an argument because i was sure he was cheating on me again. I had discovered an odd phone number on our phone bill that had numerous text messages to a women i had no knowledge of. I remeber confronting him about it and i remember him making feel as if i was completely insane, even though he had cheated on me before. He said things like " your never going to forgive me for my mistakes are You?" " You are fucking crazy, and you have no ability to forgive". "I am not cheating on you, but i might as well be because your never going to believe me". "You are going to push me to cheat on you again because you wont let it go", I remember feeling so confused. I thought maybe im just being overly emotional because im pregnant. Maybe I am horrible for not forgiving him and moving on.  I mean he had gone to counsling after the last time he cheated. He had cut back on his drinking. He had asked me to have another baby. He was trying right?
I begged him to forgive me for accusing him. He scoffed at me and left. He did not come home for three days. I sent the other three girls to my mothers and i literally cried until my eyes would no longer open. I called his phone like a stalker , and not one time did he answer. I was days away from giving birth to our fourth child. Then low and behold he came home. He acted like he was there to forgive me and my craziness and "could we just forget it and concentrate on having our baby? Please?" Of course i agreed.(I was just grasping at straws), that of course i trusted him and i was sorry that he felt he had to leave. I apologized to him for leaving me alone crying for three days!!
The girls came home and two days later we had our baby.

I also remember at one point during the delivery , begging him not to leave because I felt like I had to push and him getting angry with me and saying "I havent eaten all day!! I will back in a minute, they can call me if your truly ready to push!" I remember the awkward silence of the nurse in the room. I remember him leaving with his mom and literally not even 5 minutes later having my Sheila (my friend) call him and tell him i was pushing. He made it for her delivery and stayed with me for awhile. He never hugged me, kissed me, told me good job. He barley looked at me.
That night he left , said he had to go because the neighbor called and the dog got out of the yard. The older girls were with my mom. He swore he would come back as soon as he wrangled up the dog.
I did not see him agian until the next day when it was time for me to go home. 12 days later I would learn that he was with another women the three days he had left me, the night he was supposedly wrangling the dog, AND the entire time I had been pregnant. The phone number I had discovered was infact the women who he had been cheating on me with. 12 days and 13 years of this type of abuse later he came home packed his stuff and left us. Four little girls and a mentally distroyed wife.
So am I bipolar?
Am I a victim of Narcissistic Abuse?
Will I get better with love and support , instead of drugs?
I don't have the answers. Not yet. Its going to take a lot of strength on my part. Its going to take knowing I deserved so much better. Its going to take me realizing I am lovable, and I don't think that happens with medication, we shall see. 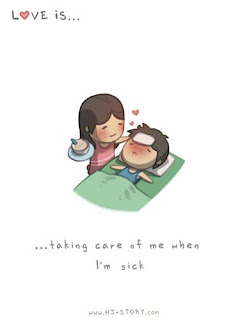 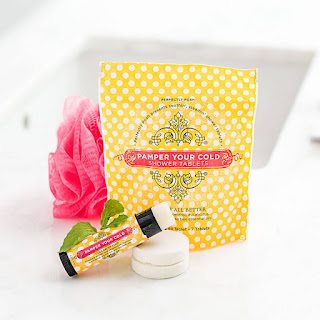 Where do i begin, its been awhile since I've posted. I'm busy. I think i'm also having a bit of writers block. Better yet an over abundance of things i want to talk about so i cant seem to narrow it down enough to get on here and blog!! I'm working on promoting my Pampering product business and they just came out with a product that I'm super excited about!!! Its called PAMPER YOUR COLD!! There natural based tablets that you put in your shower for congestion and body aches. They are made with Eucalyptus, tea tree oil, peppermint and pink grapefruit. We also have to healing sticks, one that is called the immunator and it has eucalyptus and peppermint also, smells wonderful and you rub it on your little's behind there ears , on there throats , under there nose and it just simply helps with boosting your immune system and relieving symptoms , and then there is a Pamper your cold stick as well that has all the same ingredients as the shower tablets!!! 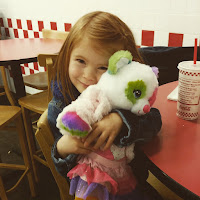 I don't know about other parents but I have always been against giving my kids over the counter cold medications. My pediatrician is against it as well. I prefer a more natural approach to wait ails them throughout the school year. If it seems like its not going away then of course i might try something over the counter but more than likely if its that bad then they probably need antibiotics and then off to the doctor we go.
So im super excited that the company i work for has come out with a product that leads twords natural symptom relief of the common cold.
I also give my kids a spoonful of honey daily and zinc and a multi vitamin.
So this year im hoping to reduce the number of coughs and stuffy noses and sore throats by at least half as many as last year.
In a house full of 8 people in can be hard not to pass things around like crazy.
Last year our entire family got Pneumonia. It was so awful. So this year im on a mission to improve the health of my family. That means even in cold weather. Getting outside for a walk. 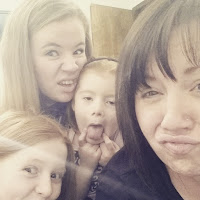 Fresh air is imperative to our health. Being indoors primarily during the winter months plays a big part in our upper respiratory health and gastrointestinal health. We breath nothing but recirculated air all winter!! EWWW! and dust, dust ,dust!! I'm terrible about dusting but its one area that im apt to improve considering what dust is (do I need to explain the shedding of skin cells?).
So moms lets power through this school season and strive to wipe those boogers, wash those hands, and Dust like we have never dusted before!! 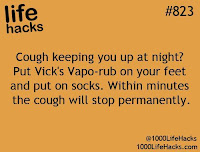 Also please keep your kids home from school if there sick. I know it can be hard especially if your a working mom, but is important. I wont send mine if you wont send yours! Also our teachers do enough, they don't also need to nurse our children when they are sick and whiny!!
Happy School Year All you Moms!! Remember it takes a village!! 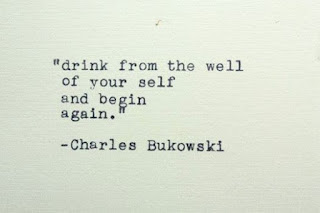 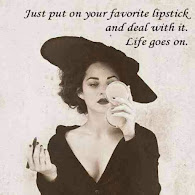 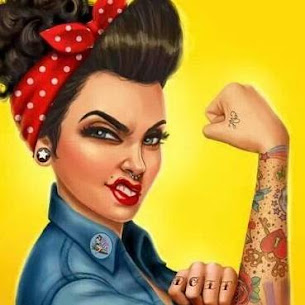 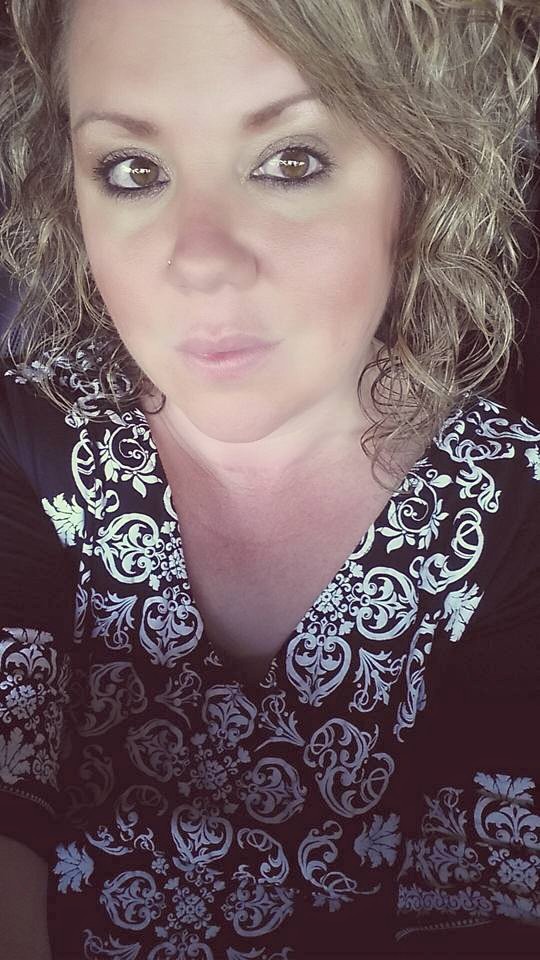